The Church in Zambia is celebrating in 2017 her 125th year of evangelization. In the country many dioceses have begun organizing different activities to mark that great moment in the history of the country.

Recently, Santa Maria parish one of the oldest parish (founded in 1903) in the country, was glad to celebrate the mass of thanksgiving of Fr. John Bangwe, SJ the second Jesuit who came from that parish.

According to the Jesuits from the Province of Zambia-Malawi, it is in 1905 that the first Jesuits crossed the Zambezi and established Chikuni Mission near Monze and Kasisi near the airport in Lusaka.  A few years later in 1910 the Jesuits working in the Lower Zambezi Mission (Mozambique) were expelled by the Portuguese Government. Five of them decided to cross the Luangwa River and establish centres at Kapoche and Katondwe. Within a few years the Polish Province took over the responsibility for the mission which eventually took in both Kasisi and Chikuni. By 1927 Mgr. Bruno Wolnik was appointed Prefect Apostolic of Kabwe. He transferred to Lusaka when it became the capital in 1935. Realizing his shortage of manpower, he quickly invited the Franciscan Conventuals to take over the Copperbelt and the Franciscan Capuchins to take over Barotseland. In 1955 Adam Kozlowiecki became bishop (and later cardinal) and continued the work of expansion as the city grew…

Let’s now listen to Father Xavier Chisanga, the parish priest of Santa Maria parish located on Chilubi Island in the Archdiocese of Kasama in Zambia: 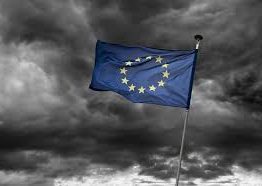